And You Are: Paul Verriez, President Verriez Group – Executive Search

Meet the changemakers, trailblazers and influencers making moves on the London business scene.

“As crazy as it sounds, a lot of companies don’t really know what they want,” says Paul Verriez about the hiring process. “Or, if they do, they don’t know how to describe what they want.”

Take, for example, a local position the Verriez Group helped to fill recently that called for a senior accountant. The parent company, based in Italy, decided they actually wanted an engineer to fill the role. Verriez and his team found an engineer with an MBA ― the best of both worlds. But it took sitting down and working with the company to better flush out their needs. 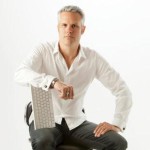